It is true that we alkies are lacking discipline. We have tried ‘self’ discipline but ‘self’ was a traitor, not to be trusted – lying little egotistic, impostor-bastard that it is. So we learned that turning to ‘self’ as attractive as it may seem at first, is ultimately futile.

We might be greatly tempted then to turn to people for regulation and accountability, but we have a Big Book submitting that there is a better way, and so “ we let God discipline us in the simple way we have just outlined.”

Just accountability to a very available God who has an open door policy rivaling that of the most liberal, down to earth, employer.

Doing this, we find that we now have the best damned discipline available to human-kind. God's vision - not our vision. God's will - not "self-will". God’s guidance 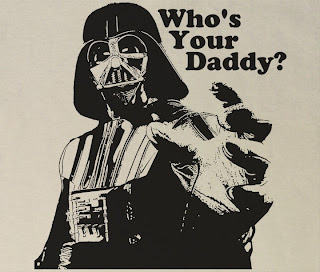 - not sponsor's guidance or any human guidance.

(We aren’t talking about guys who are three days off a drunk and who have never seen a Big Book, or a resentment inventory, right? There are people who haven’t yet taken their first gulp of sober air who need SOME degree of human accountability just to get a two legged, upright start on planet earth. THAT is what REHABS do best! At least the good ones do. )

In a Fourth Step inventory we start to get an inkling of the horrifying truth that we have allowed the world and the folks crawling upon its surface to dominate and control us. When it dawns on us we are horrified and we yearn for freedom. From that hollow-souled, hungry place, we find we are able to abandon our old, sick reliance upon things human and begin to place a real and dependable reliance (called faith) upon the Spirit of the Universe. Many of us discover that this Spirit belongs to none other than God Himself. The Creator.

When we allow that Spirit, His Spirit, to enter – then, deep inside us, He takes up residence. It is our choice to do this or not. Despite what ego-self tells us, it isn’t an automatic given, but it is the only real choice we have ever been given to make.

The Big Book does not promote accountability to people –it promotes the precise opposite; getting unaccountable and unhooked from them. We answer to no man. We are not to be servile or scraping, we are to stand on our feet and not find ourselves crawling before anyone.

The Big Book is a spiritual set of principles proposing a way of life that suggests accountability to Creator ONLY - and it clearly disabuses the reliance upon all things human. We do sometimes hear talk about accountability to other humans in AA sponsorship. We are told it is cool. It is not cool. It is a popular concept within some sponsor dominant AA circles. Humans sometimes crave other humans to account to them and sometimes a needy, alpha-sponsor types will ascend to that chair.There is no shortage of still-smarting protégées who are willing to serve their purpose under cover of "spiritual journeyman-ism" – the price of admission for this kind of faux “humility”. But humility before our fellows is a poor substitute; a veneer of distorted spiritual reflection that mirrors only a cheap facsimile of true humility before God.

Accountability relationships with other ‘travelers’ instead of God may be well intentioned but it is very much outside of the universal spiritual principles espoused by the Big Book co-authors. These are long standing spiritual axioms not particular to Twelve Step principles and have been long supported and proposed by the ancient mystics and prophets of Scripture.

This is not to say they do not work – because they certainly can. Sometimes for a while they can serve as a hedge, until God-reliance can take over for human reliance. Accountability relationships are really only a crutch for aid of the still spiritually dysfunctional - much the same way as with initial, newcomer sponsorship, for the few days it takes to run the 12 steps and free the man. (Which is why some treatment centers and rehab facilities can enjoy claim  to having some benefit and some initial good, albeit limited effect.)

We know from experience and observation that many people do indeed desire people dependent relationships with others. Oh boy! Do they ever!

Are you kidding me? They desire it very much! This is how many, unwary AAs get tied up into people guidance, disciple and direction and complicated, ramped up Twelve Step processes and pantheistic spiritual diversions, and end up putting those in place of simple God reliance. 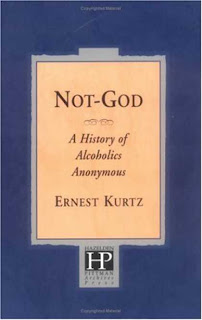 “Not God” was the simple name of Ernie Kurtz’s book – a popular read when your humble narrator first came to Fellowship , giving up the sauce and "the life".

That title was a true and accurate characterization that beautifully expressed the essence of simple Judeo-Christian principle that is the foundation of just about everything worthwhile that is spawned out of the bosom of America, including “Alcoholics Anonymous”. Although now worldwide, AA's genetics are very American* -- because the foundations of both the fellowship and the States are mutually based in a founding faith in God over man.

We place our trust in Him before ourselves, then we can trust ourselves because we are aligned with Him. When we believe the lie that we are Him we are scuh-rood! Sadly, today that book might regain the popularity it once had if it were to be re-titled

It is a shame and it is one of the things that has lead many wonderfully spiritual, recovered, slamming Big-Book loving, God principled folks out of the AA Fellowship. Maybe even more so than middle-of-road secularism, and the anti-Twelve-Step principles of creeping pantheism currently running through the Fellowship. It isn’t chasing me away though! Not now anyway. There are too many good folks to help and to hang with in there. And I love the responsibility.

* Not exclusively American. The US has no more a monopoly on God than does AA.