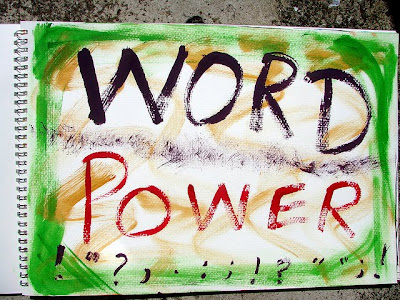 Words have immense power. They have the power to heal as well as destroy depending upon how they received by those who hear.

RecoverING" is not just a word used as a pronouncement of convenience to describe one's status in the world of addiction and recovery. Not anymore.

Today "RecoverING" has become more than that. Today it is a word holding enormous significance and power to many people; power 'to' them but also power 'over' them - more power than you may have ever imagined - a destructive power.

It is a word that comes with potent attachments to it, that cling like an elastic band pulling baggage behind, bringing along with it a large set of theories and treatment doctrines enemating out of the secular, clinical treatment industry - most of which stand boldly in direct opposition to Primary Purpose of "Alcoholics Anonymous".

This is never apparent at first - but later on becomes debilitating to the real alcoholic who continues to suffer - even without so much as a single drink - a dry condition he may be able to white-knuckle onto the lettering embossed in his sobriety medallion collection for a considerable length of time.

RecoverING has lost any semantic purpose it may have the potential of bearing long ago and todaywith the help of the "for profit" Treatment Industry, has become an iconic, auto-suggestiveness, mental cue that says, "Hi my name is Joe and I am a member of the First Church of Applied Recoverology."

Makes one just want to say, "Yeah me too!" Doe 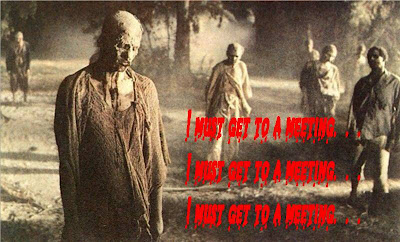 sn't it? That's exactly what it is supposed to do.

The unabashed zombification of a huge market segment - the addictions/recovery market - is what we are witnessing.

Just another damned cult - except being mass created and supported by a rich and powerful industry called MEDICINE.

RecoverING means a lack of willingness to lose those attachments to things human, clinical and secular and to take that leap of faith that, " . . . God could and would if He were sought." (60:3)

Those who recover get a chance to become free from all that; free from all human attachments, including counselors, and meetings, and sponsors and gurus. They get freedom from fear, anger, self-will - even freedom from the human aid supplied by the 'RecoverING cults' that have cropped up inside the once unified and magnificent Spiritual Fellowship called "Alcoholics Anonymous". Thank God.

Please see the wisdom and truth in the statement: "An enemy at the gates is less formidable, for he is known and carries his banner openly. But the traitor moves amongst those within the gate freely, his sly whispers rustling through all the alleys, heard in the very halls of government itself. For the traitor appears not a traitor; he speaks in accents familiar to his victims, and he wears their face and their arguments, he appeals to the baseness that lies deep in the hearts of all men. He rots the soul of a nation, he works secretly and unknown in the night to undermine the pillars of the city, he infects the body politic so that it can no longer resist. A murderer is less to fear." — Marcus Tullius Cicero