“Cold this morning. Brings ‘em inside.”

Looking at the breakfast cook across the counter, a man in a gray hoodie ordered coffee and replied, “Takes time for that boat to warm up, first run of the day.”

It was 8:35 a.m. and it looked like all regulars were piling in. A brilliant beginning to the day looking across Hull Gut to Peddocks Island. What better place to commemorate Columbia and Washington Day than Pemberton Bait & Tackle?

“Regular coffee. Milk and extra sugar?” the woman with the pot asked.

“Extra milk,” said the elderly gentleman who was unwrapping something in a paper towel. It was two slices of what looked to be homemade raisin bread. He passed it across the counter for her to toast with his order. “The bacon – do me a favor? Crispy. Crispy. Crispy.”

Two hundred and twenty-five years ago, something amazing happened here. Within a good stone’s throw from here, the very tip of the town of Hull, where Pemberton Point hooks out into Boston Harbor. This is where America took off.

“Fisherman’s, over easy. With bacon, home fries and an English.” Another regular.

I was having the Fisherman’s Special. Three eggs sunnyside up, three strips of bacon, hash browns, and toast. Coffee. Orange juice. Competing commercials from Elizabeth Warren and Scott Brown were punctuating the Fox News broadcast over my head.

“No bagels,” the cook said to someone over my shoulder. This was a commuter, stopping in before the ferry arrived. The strong northwest wind drove him indoors. Just like I had learned.

There would have been a good breakfast this morning, 225 years ago. Oct. 1, 1787. Dawn in Nantasket Roads. Aboard the ship Columbia Rediviva, Robert Haswell would have looked to Hull village, his boyhood home. Until his father, a Loyalist, and the entire family was moved inland and placed under house arrest. Exchanged for American POWs, the Haswells would spend the rest of the war in England and on the brink of utter destitution.

Somehow, 10 years later, he found himself at age 19 as third officer aboard the first American ship to circle the globe. Having come down from Castle Roads at the entrance to the inner harbor the day before, the Columbia Expedition would be leaving Boston Harbor on its groundbreaking voyage that morning. 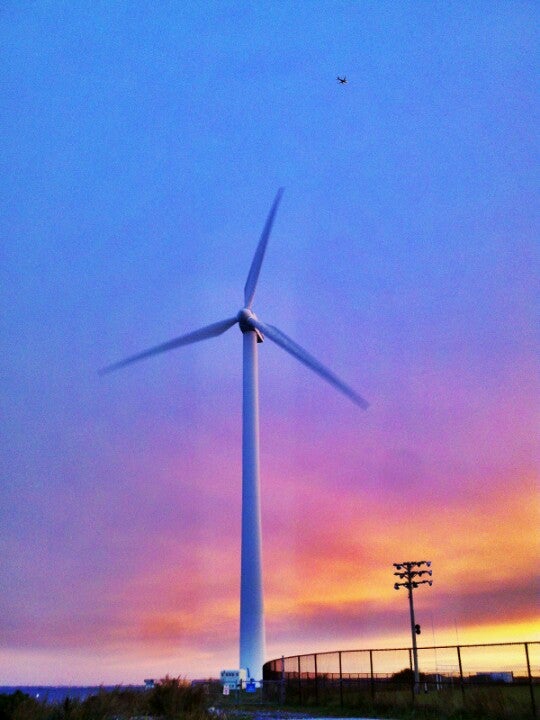 I’d gotten here just a few minutes before dawn. Leaving from Chatham at 4:30, I’d gotten here in a little under two hours. I had pulled up to the Point, right below the spinning blades of Hull’s windmill, and then headed up to Fort Revere.

From high atop this hill, all of Boston Harbor and its approaches from Massachusetts Bay are possible. The sun was about to rise, and the rain and clouds that had bedeviled us through the weekend were rapidly diminishing. The light wasfantastic. Boston Light, across Nantasket Roads, blinked on and off, and I tried to time my camera phone to the blinking. Kept missing. Still got some gorgeous shots.

As the rays of sun streamed across the harbor, they caught a cruise ship heading in from the sea. Its white hull and upper decks lit up with a golden-ivory luminescence. An American Airlines jet, having taken off from Logan, passed directly overhead of the Fort, the flagpole and me. And for all this modernity, the one difference I seized on was “the tide right now is coming in. Back then, it would have been going out.”

To get the 212-ton Columbia out of the harbor easily, that is.

I hadn’t come to Hull to talk to anyone. I’d been here four years ago, with Kane Stanton of Harwich, as we took the ferry from Long Wharf to here. We’d just started our journey following John Kendrick and the Columbia around the world. I’d told Kane we needed to get out to the places where history happened.

As Peter Drummey, librarian at the Massachusetts Historical Society, had told me, perhaps the reason that this story hadn’t taken hold in public consciousness, especially with young people, was it had been approached with too much reverence for either of its main actors, John Kendrick and Robert Gray. “A guerrilla history lesson” is how Kane described our approach.

As we’ve found out irreverence works. It opens doors and minds.

But that’s not why I came to Hull this morning. I felt the best way to remember all the men of Columbia, John Kendrick especially, was to see what they saw that morning that they set out to open the world to us all.

To see the sun rise reflect off Boston Light as it blinks on and off. To dip my hands into the water of Nantasket Roads at dawn and feel the temperature on the first day of October. To watch the comings and goings of the small boats of the harbor and the massive freighters out at sea. And to try to think about what our unreliable narrator, Robert Haswell, surrounded and commanded by men who had captured British merchant vessels and made out pretty well during the war while he lived in poverty as a refugee, would be thinking as he wrote in his log book while leaving Hull yet again.

Having written about this for 17 years now, and authored an original view of Captain Kendrick as an under-appreciated actor on the world stage in my book back in 1999, I felt I owed it to him and his men. To remember them as anyone who works on the water would appreciate. To go down to the dock for a good breakfast, raise a mug and whisper thanks.

Scraping the last of the yolk with my toast, I headed off into the wind. The harbor shuttle pulled up, loaded its passengers and departed.

“Early on Monday morning we weighed and came to sail, and by sunrise we were out of the Harbour.” -- Robert Haswell, 1st October 1787. A Voyage Round the World in the Ship Columbia Rediviva.

Read this and Andy's other columns online at The Cape Cod Chronicle.

Novelist, politician, photographer, game designer, master mariner, clamdigger and investigator, Andy Buckley is an eleventh-generation Cape Codder with a Renaissance flair. His Tours of Cape Cod  was published by Schiffer Books in 2008. Read Andy's Monomoyick column in the Cape Cod Chronicle and visit Monomoyick on YouTube and on Panoramio. Andy can be emailed here.