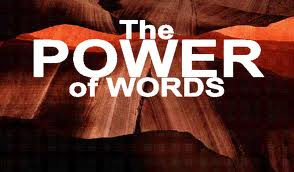 It comes up every once in a while. Someones left eye begins to twitch - spittle begins to trickle out of one corner of the mouth while their pantaloons and boxers get all bunched up in a big knot because they read in The Doctors Nightmare that Doctor Bob craved alcohol for two and half years after June 10, 1935.

“Unlike most of our crowd, I did not get over my craving for liquor much during the first two and one-half years of abstinence. It was almost always with me. But at no time have I been anywhere near yielding." THE DOCTOR'S NIGHTMARE

Uh oh. What gives? We Big Book thumpers are running around the Fellowship giving everyone the same impression found in the Big Book – that the real alcoholic doesn’t crave alcohol until after he has had the first drink.

No drink = no craving.

" . . . once he takes any alcohol whatever into his system, something happens, both in the bodily and mental sense, which makes it virtually impossible for him to stop". (22:4)

You "near beer" drinkers and folks who dont bother to ask your waiter if the Moo-Shu Pork is prepared with rice wine know how much EtOH is in a glass of "WHATEVER", right?

We are relating our own experience to the description of the alcoholic depicted in the first forty three pages of the Book that clearly delineates an alcoholic syndrome where two folds combine: 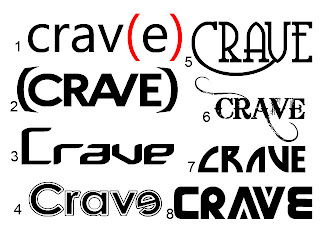 CONDITION ONE: The inability to stop once you start - it is called CRAVING. This is an abnormal PHYSICAL reaction to alcohol since it is only experienced by a small portion the total population. Hence it is an allergy by definition - an exaggerated or pathological immunological reaction to substances, situations, or physical states that are without comparable effect on the average individual.

Real alcoholics do not CRAVE alcohol until they first take alcohol in their system . . .

. . . either by drink, or by accidental ingestion through eating alcohol contaminated food. People who are thusly afflicted can pretty much solve this problem in the same way anyone with any other food allergy can:

CONDITION TWO: It is called an obsession. Alcohol does NOT have to first be physically introduced into the body for this component to become operative. It is a MENTAL component which causes the sufferer to drink EVEN THOUGH HIS EXPERIENCE SHOWS that he will experience the aforementioned allergic reaction and not be able to stop once he starts because of the CRAVING.

Put the two conditions together and viola! What we have is a tidy little syndrome we now know to be "Our description of the alcoholic"(60:2)

If Bob had truly fought alcoholic craving - the kind described as the “physical” part of the malady in the Big Book – and if he did so without first taking a drink to set it off – then it would discredit the entire description of alcoholism in the Book and AA would need to have never been.

The Program would be based on contradiction and we would not be here talking about it.

It would that would mean he drank everyday for two and a half years AFTER the supposed date of his last drink. Obviously he is NOT referring to "craving” ala Silkworth. Lots of people see that word 'crave' in Bobs story and get it confused with Silkworth's usages of the same word.

It is easy to see that Bob's Big Book mention of the word “crave” is a fluke of editorial inconsistency that never got ‘fixed’. Very common in the book biz. But it is easy to see just how it happened.

Bob used the word ‘crave’ in his story long before Silkworth's usage of the word describing the physical manifestation would be written in. (How could Bob have known that ‘crave’ was going to be usurped by Silkworth? He 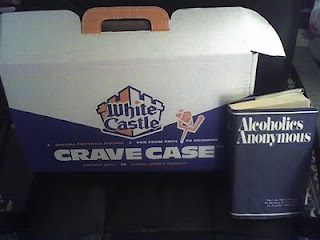 It is obvious that the good doctor is simply describing in his own words, the experience of  "thinking of drinking",  something with which every single recovered alcoholic reading this article is well familiar.

When obsession lifts, what is left is a harmless thought that does not get insanely acted upon.

This is the very miracle of being recovered.

A professional editor certainly would have caught the inconsistency later on when both “chapters” appeared in galleys but they had not the services of a pro then.

The two men were clearly on different pages with it. If Bob "craved" alcohol in the Silkworthian sense depicted in "The Doctors Opinion" then the entire 12 Step Program would have to be discredited.

That any volume with so many wet behind the ears co-authors, and with so many noses poking into it during its development, could contain so few such semantic inconsistencies and virtually zero contradictions is astonishing.

It is no wonder so many of us have come to regard this magnificent work as divine.