Crossing the Construction and time-lapsing to Braintree

A new one-act play, paired with local art and poetry will premiere  Friday at the Cotuit Center for the Arts.

Riders to the Sea
in the Black Box Theater at COTUIT CENTER FOR THE ARTS
Riders to the Sea by J.M. Synge is an Irish play wrought with the tragedy of the life of the sea.  The play is set during the early days of the twentieth century on the remote Irish Aran island of Inisheer. Maurya, a mother, and her two daughters, Cathleen and Nora, wait in silent dread for news of their brother Michael, who they fear has been lost at sea. With the sea claiming the lives of her four eldest sons, Maurya tries in vain to dissuade her last son, Bartley, from making the same trip and meeting the same fate.
It will be paired with local art and poetry which express the complexities of the ocean which surrounds us here on Cape Cod.    Come be a part of history then and now.
Directed by Erin Trainor.
Local poems include those of  Annellen Zalis, Robin Clarke, Alan Howarth, Melissa Resch, Lauren Wolk, Lori Desrosiers, Joe Gouveia, Alan Howarth, Lee Roscoe, Ryk Mcintyre, J.Barrett Wolf, Diana Elizabeth and Jonathan Mayo.
Performances will be held in the Black Box Theater,  March 16-31, Fridays & Saturdays at 8pm
Tickets: $12
To purchase tickets, please  go here, or call 508-428-0669.
The box office at the Black Box Theater will be open one half hour prior to showtime.
Please be aware that latecomers cannot be seated.
Cotuit Center for the Arts.
4404 Falmouth Road  Cotuit, MA 02635
(508) 428-0669

Watch the world whiz by!

I have been riding on the red line quite a bit in my quest for higher education. Here is some video from last Wednesday, where a light blanket of snow covered the area. Enjoy!

Yarmouth's Old King's Highway Commitee will oversee public hearings concerning plans for tree work along 6A. Several old growth trees have outgrown their locations on this windy stretch of road. Meetings with MassDot and N-Star will be scheduled in coming weeks,  so watch for announcements.

Abutters, interested parties are urged to attend.  For folks outside of Yarmouth,  consult your local Old King's Highway Commitee.

YARMOUTH - Yarmouth Police, Fire and N-Star responded to a single vehicle accident on White's Path in South Yarmouth around 7 AM Thursday.  A pickup truck hit a telephone pole, rolled over and cut power to a portion of the area. The driver was transported by ambulance for unknown injuries.  The cause of the crash is unknown. Road conditions were slick at the time.

Sights from a Brewster jaunt

If we need any more proof that spring is imminent,  look no further than Brewster! These persistent little daffodils by Stony Brook will be opening any day now.

Vigorous flow at Stony Brook.  Check out the new wheel at the mill! 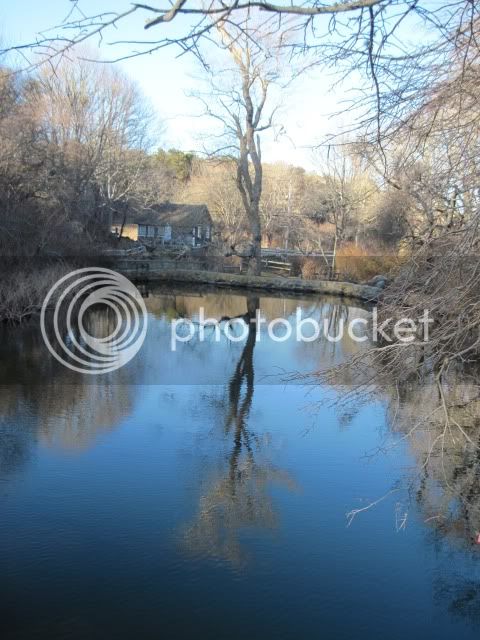 Looking back the mill from a most uncanny angle.

Some very old relatives are buried here, as a Mayo once married into the Sears family.

A mill pond below the cemetery feeds this gurgling herring run.

Warmer weather invites walks along the Brewster flats- Plenty of room to roam!

Thanks for visiting this blog!

Beauty on the Golf Course

A much welcomed blanket of snow made for some great scenery around The Cape.  I'd like to share some photos from the Bass River Golf Course, whose outer reaches reveal pristine snowscapes.

Photos From Brewster,  Dennis, Falmouth and beyond

This striking sunset took place last Sunday at Falmouth Heights Beach, The fiery red belies the cold that day,  about 15 after wind chill.

Below we see a pine grove near Brewster Memorial Cemetery. This area was devastated a few years ago by some unknown disease.  Incredibly the dead swath is even apparent on Google Maps @ coordinates 41.742291,-70.077195

Jacob's Ladder, the work of some ambitious youngsters.

Below we see what remains of an old truck.  No, the window crank doesn't work. ;)

From the old railroad tracks at Bass River. 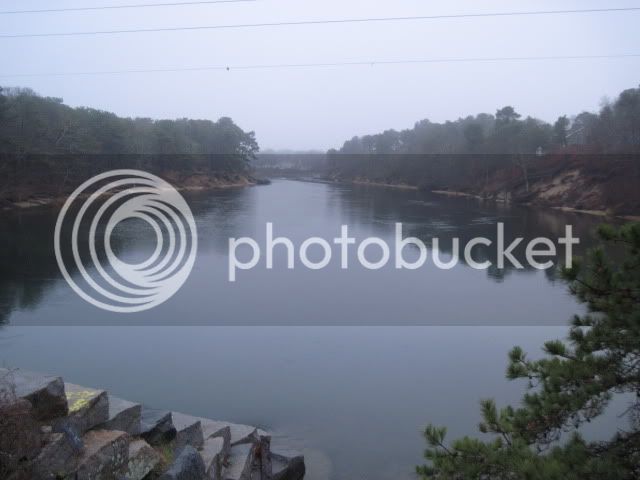 As seen from Indian Lands

I've been seeing an awful lot of the city recently, attending Grad School at Suffolk. So here's

some views across the city,  from this morning.

Runners, walkers and even some enthusiastic dogs joined the Yarmouth Food Pantry's "Frozen Bun Run",  January 1, 2012. This event, sponsored by The Yarmouth Police Department, Yarmouth Rotary Club and Nauset Disposal benefits the local food pantry, whose contributions are critical in these times of need.  Special thanks is due to the sponsors, participants and Pantry volunteers.

Below we see the volunteers registering participants for the event.

Video can been seen  here.

Walkers and runners assemble for the start of the event.

For more information on Pantry News and future events visit their site,

A time-lapse photo of sunset at ":the Knob."There is still time to visit the Falmouth Town Green, where the Christmas displays are well worth the drive.

I have been frequenting the spot for about 23 years now, and it is still very much the way it was then.

As a teenager I'd visit the area, having lived nearby.

Main St. was a little different. Troy Clarkson was a freshman selectman back then and now he's the Town Administrator of Bridgewater but still lives and writes about Falmouth.

The Town has always worked to make the place special this time of year.

Falmouth Center has a quintessential New England quality to it and the Christmas displays only add to that ambience.

There is still time to visit!

Sunset at The Knob

"The Knob" at Quisset Harbor, Woods Hole is a wonderful place to visit. We caught a sunset there prior to our Town Green visit. Bundle up, though! 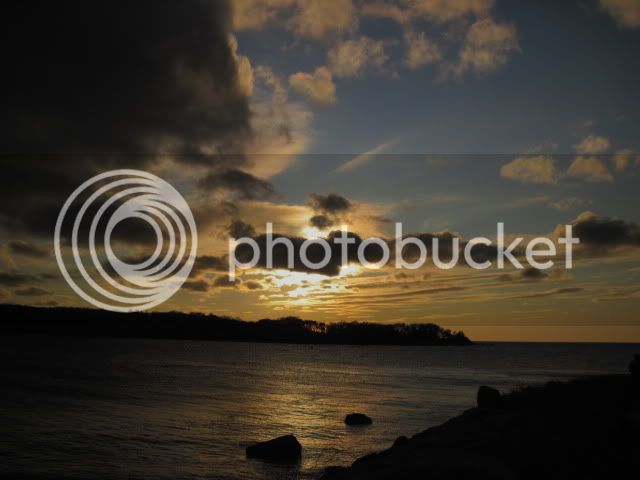 The Poet's Perspective-More than just poetry! Jonathan Mayo is an Attorney, artist, writer, inventor and scholar. He holds a Master's in Public Administration and Juris Doctor from Suffolk University and is a member of the Massachusetts Bar.  This blog features a unique mix of local photos, news, recipes, items of municipal interest and random sights from off -the-beaten path. You never know what you might find! Contact/comments here.